It’s been almost two months since the meetings of partner organisations and learners attended together in Wrocław, Poland, during the 12th edition of the SURVIVAL Art Review. SURVIVAL is organised each year in a different space, which always shapes the theme and character of it. This year, artists and lecturers were asked to refer to the motto: City – Inflammatory State, as the event was situated at the abandoned building of the Faculty of Pharmacy of Wrocław Medical University on ul. Grodzka. The subject of SURVIVAL 12 focused on issues referring to bodily functions and states (such as infection, virus, medicine, anatomy, convalescence, the body and ethics, illness and death) as well as to architecture and urban planning (such as entropy, ruins, revitalization and conservation).

Anna Kołodziejczyk and Michał Bieniek, the curators of SURVIVAL, have decided to divide the exhibition into two principal parts. The main exhibition comprised works submitted by artists from all over Poland and selected by the curators by means of an open call. Apart from that, four external curators had been invited to co-operate: Magdalena Popławska, Magdalena Zięba, Szymon Kobylarz and Antoni Burzyński prepared smaller exhibitions that accompanied the main presentation of works.

Artistic answers to the given subject were very diverse. From herbal associations and healing by nature, through the question of medication and chemical substances in every day life to urban issues of communication, public space and city problems.

Two months after the Art Review the curator Anna Kołodziejczyk in a few sentences reflects the event:

“I believe that this was one of the best editions of the SURVIVAL Art Review its 12 years long history. This is due to the phenomenal venue of the former Pharmacy Institute of the Medical Academy, the building earlier being used by a Mineral Museum at the beginning of the 20th century. Our work, influenced by a place so full of history and meaning, resulted in the motto: City – Inflammatory State. We use a motto every year which always bonds its meaning with the character of the space, where we want to display art in order to help artists to prepare their profound concepts and inspire them to work deeper with the place.”

In fact, one could say that all editions up till now – being in the public space – could be called “City –Inflammatory state“, which results from the continually changing city structure and its often conflicting character. Every year, however, we locate the art review in a different space and in a different part of Wroclaw, trying to be observant, following interesting spaces, very often ones that are going to be revitalised. It is often the case that, thanks to SURVIVAL, one has a rare chance to visit those spaces and see them in their orginal shape. The building of the Pharmacy Institute, as noticed by one the artists, is in itself a huge artefact, a gigantic artistic installation. The success of this year‘s edition was due to a compostion of the art review that did not mute the aura of the place.

Q: How many people apply? What was special about applications?

We usually receive hundreds of applications, within them many from abroad. Applications from across Europe are mainly from Germany, due to the long-running nature of the contacts that were established in Wroclaw as a result of its location.

The biggest surprise this year was that despite the political character of the motto, only a few art works related to politics in the traditional meaning of the word. Of course, there were comments to current social developments in cities, and in this sense touched upon local politics. 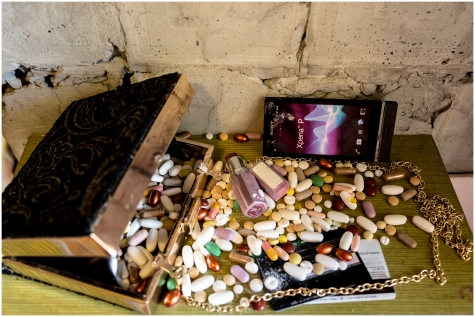 Q: How did you choose art works?

Every year we are led by the same criteria: Sensitivity, sharpness, the emphatic character of artistic expression. We need to feel that the artist understands the space that they are tackling and are positive about their message. This is a vital foundation of pieces of art dedicated to the public space; if this awareness is missing we are left with a senseless adding of content to spaces that are usually in any case overfilled with content, especially in the Polish case.

Q: What changes do you see after your long experience as a curator?

I have the impression that the number of people who see contemporary art is growing, our audience is not only composed of people from the artistic environment such as artists, curators and students of academy of art (as it was the case at the beginning). We also have accidental visitors, people who are always there as the art is always presented in the public space, we are encountering more and more people who are aware of the Art Review, and are interested and open for what is not always the easy language of art. 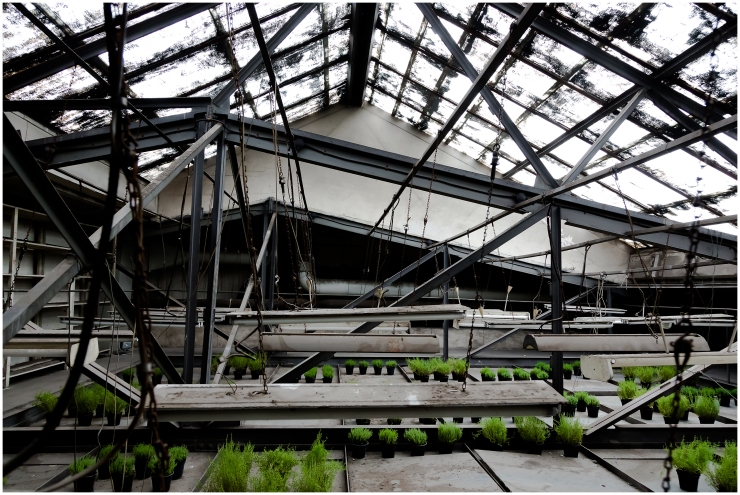 Q: Why did you decide to invite external curators?

It happened for the first time during the 2007 edition in the “District of four temples“. It was a time of general reconsideration and a search for a new Art Review formula. By inviting external curators from outside of Wroclaw, people with huge experience (Magda Ujma from Bunkier Sztuki Cracow, Kaja Pawełek CSW Warsaw), we were able to observe them working, learn different techniques, and present many important and interesting artists from a new generation at SURVIVAL. This year we decided to invite external curators for the second time. It is now the case that the Art Review has an established position among art festivals, due to it having been one of the first which specialises in public space interventions. Despite our depth of experience and a curatorial model developed over a long period of time, we are open for change and collaboration with external curators; this is very refreshing, it enables a transfer of ideas as well as an exchange of energy.

Q: Struggle between art and space – how did you see it this year?

As I mentioned before, we attempted to present the concept of exposition in such a manner that the character of the given venue would be maintained; in my opinion, even the biggest and monumental instalations were in accordance with the space in which they were presented. Thanks to this, we could achieve an impression of complementarity and a fluid intertwining of the artistic ideas with the structure of the building. However, the invisible sound instalations made up the most dominant element of the exhibition. While it seemed that the vibrations spreading along corridors and up stairs and shaking window glass were contrary to the venue, in fact they gave the building a heartbeat and life.

Q: What was the reception of SURVIVAL among visitors?

It will stay in the hearts and minds of our audience, it is difficult to assess the emotions of thousands of visitors of SURVIVAL. This year we certainly reached a frequency peak; new guests stormed inside the bulding in the last minutes before the official closing of the building to see at least a bit of the exhibition. We were faced with positive comments and reviews through the Survival Art Review. The curatorial tours are always a good occasion for getting a better insight into the reception, during which we can inform people about each piece of art. This gives a hint towards the general tendencies of reception (viewers‘ impressions).

Q: Do you think it is possible to prepare viewers for the reception of SURVIVAL? What could be the best methods?

This question raises the whole issue of school education, where the whole thread of art and culture is neglected in the curriculum. To cut the long story short, it results in the absolute lack of preperation to receive contemporary art in adult life and even worse, may eliminate the need to particpate in cultural events at a general level.

We attempt to provide our learners with a box of tools that support them in understanding contemporary art. The curatorial tours I mentioned and special maps with the locations of pieces of art and their explanations are two methods that work well. For guests who prefer to visit SURVIVAL on their own without a map, we prepare plaques with descriptions of each piece of art; they may help them understand their broader context.

Q: What would you like to maintain the the next editions?

Our biggest capital: A team consisting of clever and sensitive people who work well together. 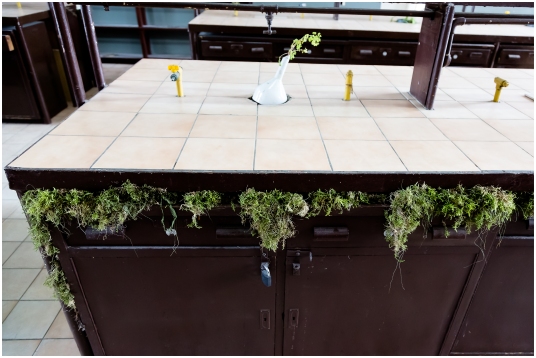 SURVIVAL is not only an Art Review but also a space for debates and film screenings, as well as a music scene.

The former building of the Faculty of Pharmacy became a venue for dialogue between diverse artistic and curatorial approaches, and between the artists who submitted their works, and those who received a special invitation. Debates were devoted to such a themes as mental illness as a social construction, hospitals, urban movements, the role of artists in social change, and post-revolution social change.

During the first day of their stay, Grundtvig partners together with the Art Transparent local audience had a chance to visit the exhibition on their own, and then took part in the curatorial walk, where their perception could be compared with the that of the curators’ interpretations. Through this means of mediation, visitors gained some individual access of the exhibited art. Later, they were informed about the broader contexts of the work and intentions of the artists. Like every year, meetings with the artists themselves played an important role, in that they could respond to the questions of the guests via their work as well as that of the curators. 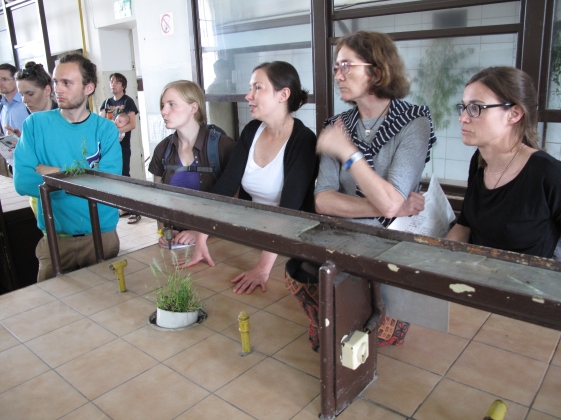 The next point of the common meeting was the film premiere, ”Fly me to the moon: The role of artists in social change”. This film screening and its accompanied debate, moderated by Tomasz Sikora, had the following participants: Hanna Gill-Piątek, Paweł Jarodzki and Joanna Synowiec. The debate referred to the Polish context of artistic interventions emphasising social issues and its critics. 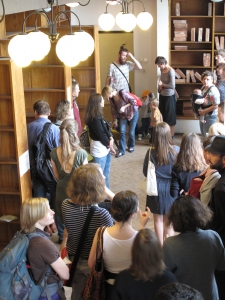 The Art Review is developing, changes spaces and draws the attention of city dwellers as well as tourists, reaching a bigger audience every year. As success can be seen in that this year, the art review was also visited by families, some footage of it was even presented on the blog http://mamaizonabyc.pl/2014/06/survival-na-grodzkiej/ (being a mother and wife). The visit of Grundtvig participants was an interesting experience both for the visitors as well the organisers, who were eager to adjust their plan to the needs in international guests. Hopefully, this interaction will result in a future co-operation.

Underneath, we present chosen works of SURVIVAL – Inflammatory State with curatorial descriptions.

A map of the review and more information about the programme, as well as a photo gallery together with future plans can be found at http://www.survival.art.pl/

Financed by: City of Wroclaw, Ministry of Culture and National Heritage

More reviews on SURVIVAL in Polish: